For the first time the Egyptian Event Europe invited SE horses to come to Bergamo in Italy. 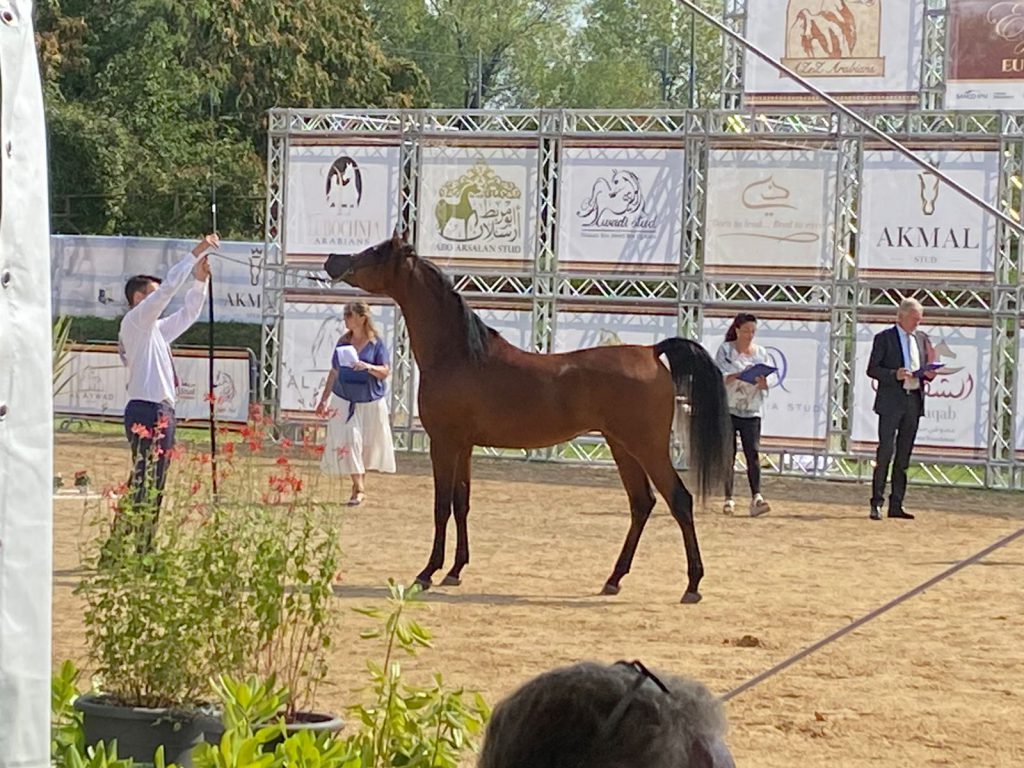 The organizers did everything to make this Event a success. They wanted to have happy horses, trainers, judges and sponsors. At the end of the day everybody including the audience of the fair gave applause to a great day. The visitors saw 10 nations taking part with their horses in the show classes, ridden stallions during the break and splendid championships. The quality of the horses was high and the marks touched several times 93 points. The trainers collected all their horses who could compete and brought around 45 Straight Egyptian Arabians. The background of the judging area and price giving ceremony was a beautiful wall out of banners of all the numerous sponsors. Together with Gianlucca Martino the office of Promoberg, responsible for the whole fair, created an atmosphere of friendship and welcome which even motivated sponsors for repetition.

In combination with an agricultural fair the Egyptian Event could have been an invisible act or part of the fair. But instead it was an appreciated addition. Big balloons at the visitors side of the outdoor arena and a big tent decorated with banners of the sponsors guided the people to the 10th Purosangue Arabi Festival on Saturday and to the Egyptian Event Europe on Sunday. A Shisha-Tent was open for special guests and all the seats for visitors of the fair were packed until the championships in the evening. All of them seem to share the passion for beautiful horses.

The classes saw mostly all registered participants and were small enough to make differences and individual evaluations. The first class of the yearling fillies already set a high level of marks of more than 90  for all participants and the winner Dubai Al Hilaliya by Asfoor Al Waab and Royal Emira bred by Dubai Arabian Horse Stud with 93,29 points prepared already for the Gold Championship.

The boys could top it. As result the 3 year old colt Salam Akmal by Naseem Al Rashediah and out of Salmma BKV achieved 93,93 points which in the evening let him win the Junior Colts Championship. This was not the only trophy which his breeder and owner HRH Abdul Majid could take home.

There was also a beautiful Naseem Al Rashediah daughter Unica PPJ among the mares to win her class with more than 93 points but the Gold Championship of the senior mares went to Bint El Baida by Shams Sharav out of Azhaar BT Zahrara. The Silver Championship of the mares went to the chestnut OR Marjuana , second in class with 93,04 points, by Frasera Mashar out of OR Magnolia bred by Faustino Scanzi and owned b y Podere Delle Bellezze SRL. 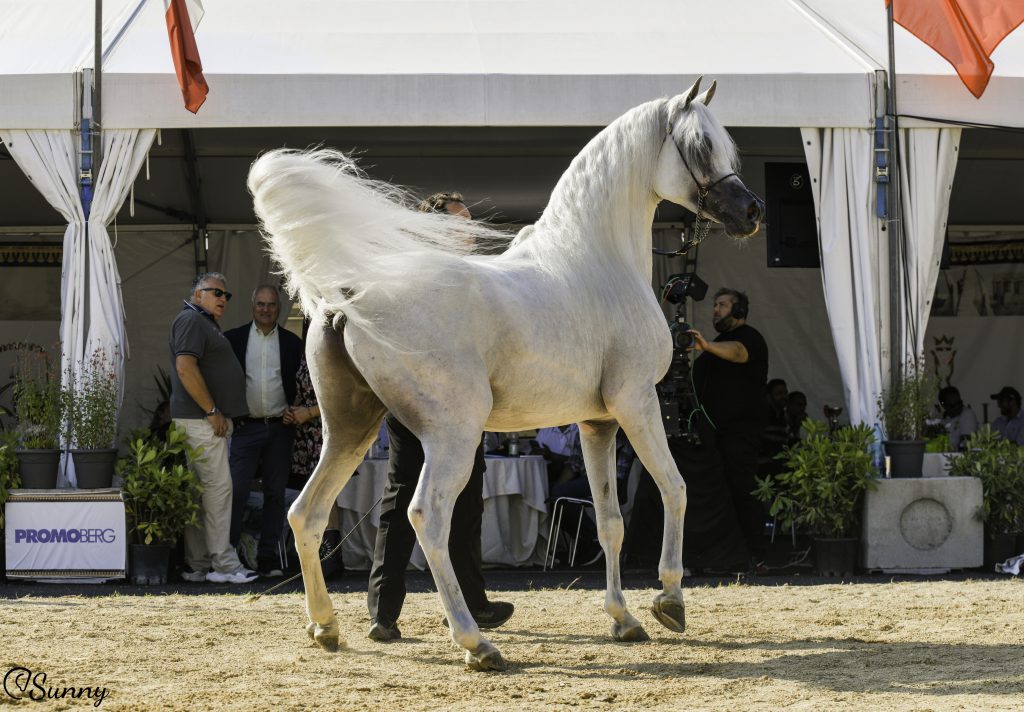 After winning his class with the highest score of 94 points the nine year old Safeer Al Wad by Majd Al Rayyan out of Shawq A Zobair bred and owned by Hamad Bin Awad Bin Ali Bin Qurayah from Saudi Arabia was a favirite and made it to Gold Champion.

It was a high score Event with beautiful highlights, professional promotion and sympathic atmosphere. Security was active and always friendly and from the tents of the horses there was no complain. The trainers would appreciate more support of their collegues of the north but it all depends on what kind of horses you get for training.

A promising start of a new aera of the Egyptian Event Europe. 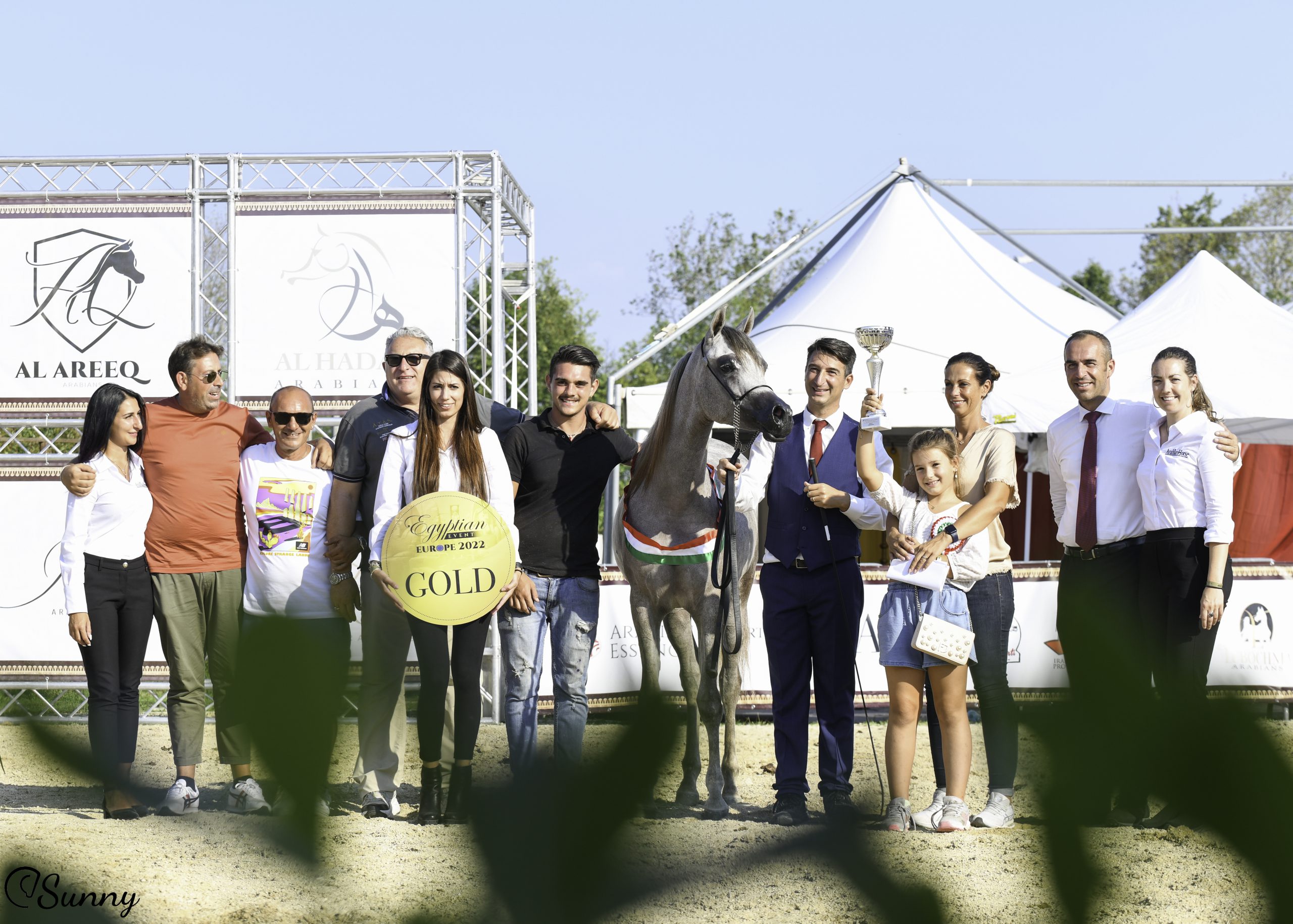 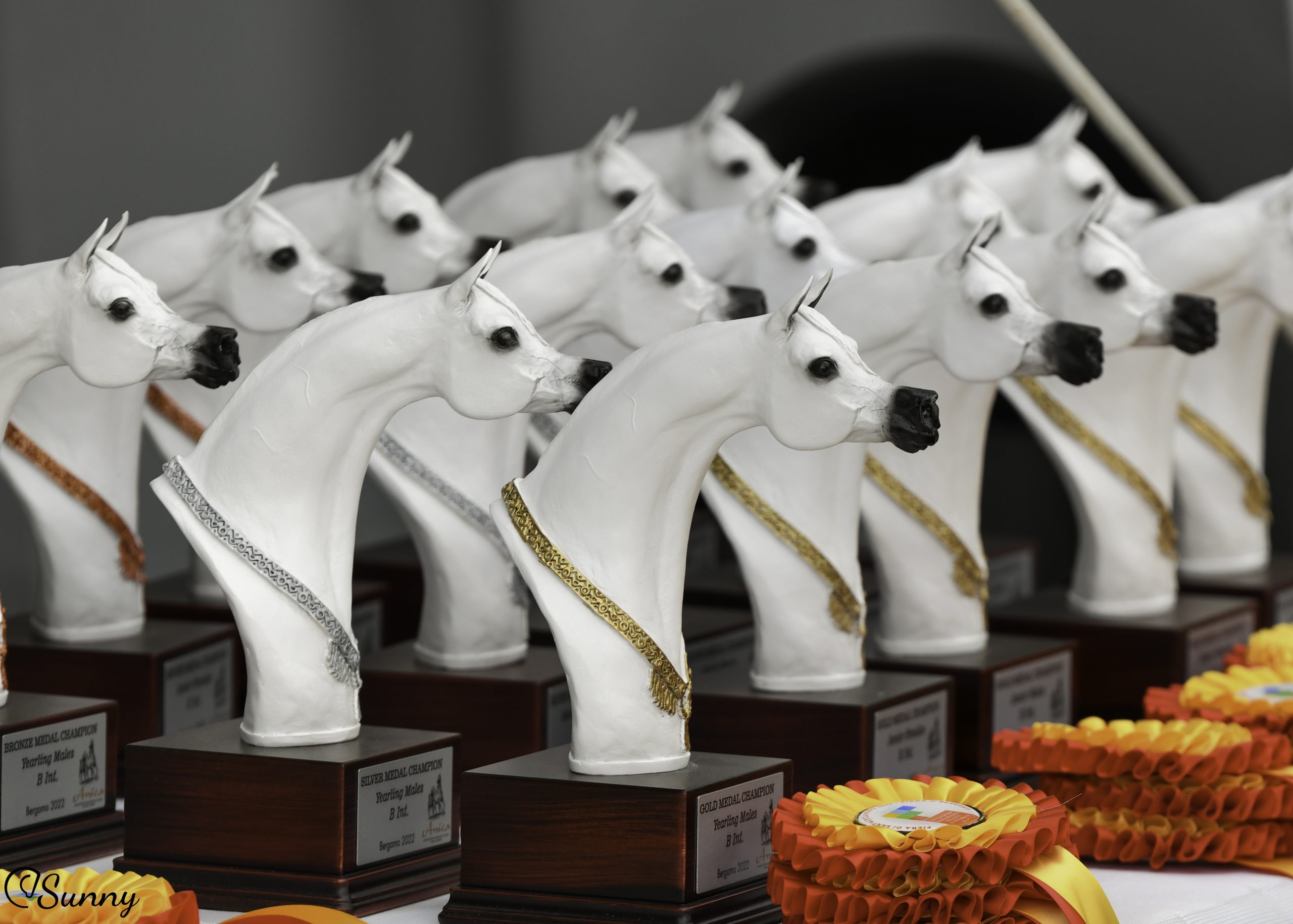 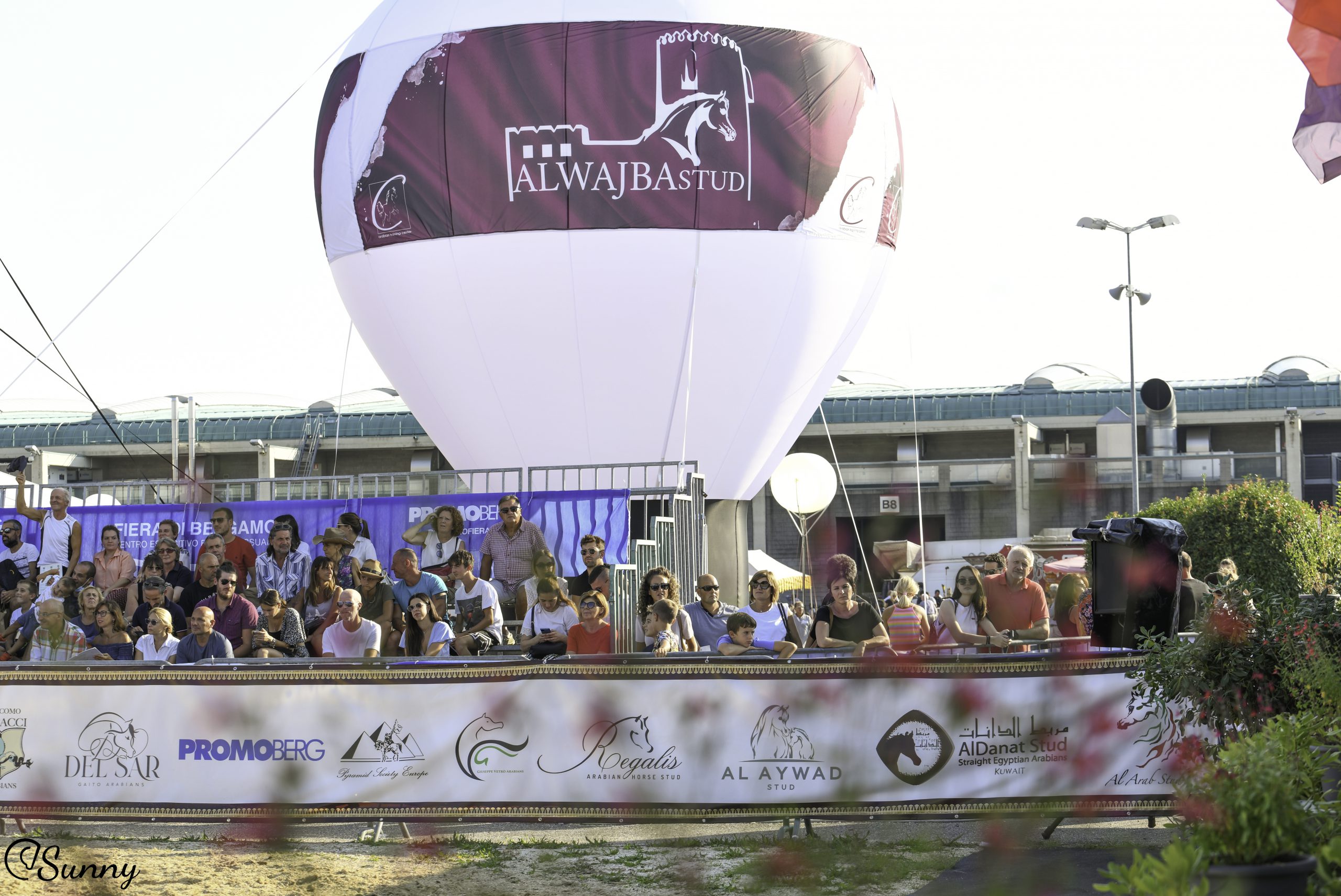 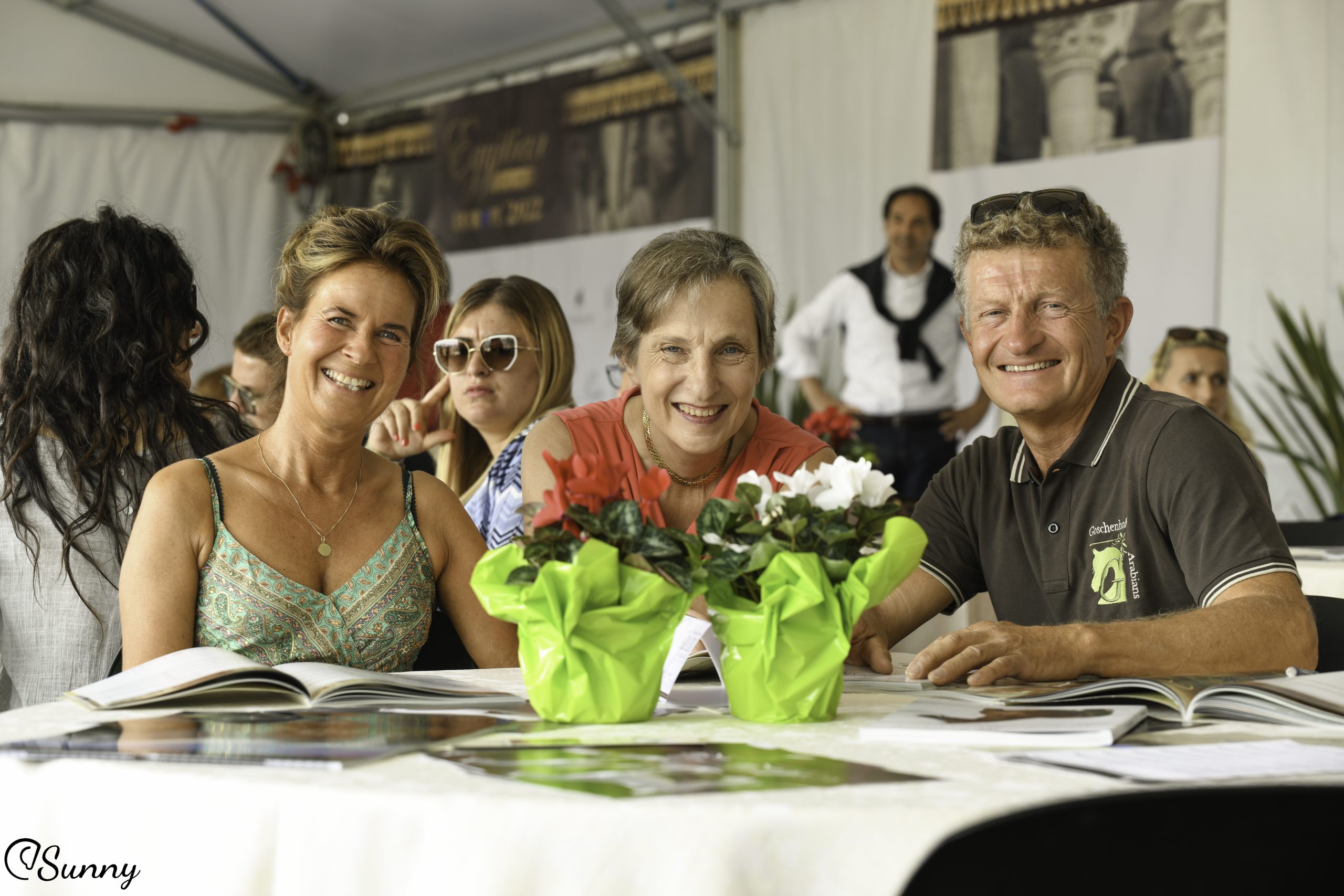 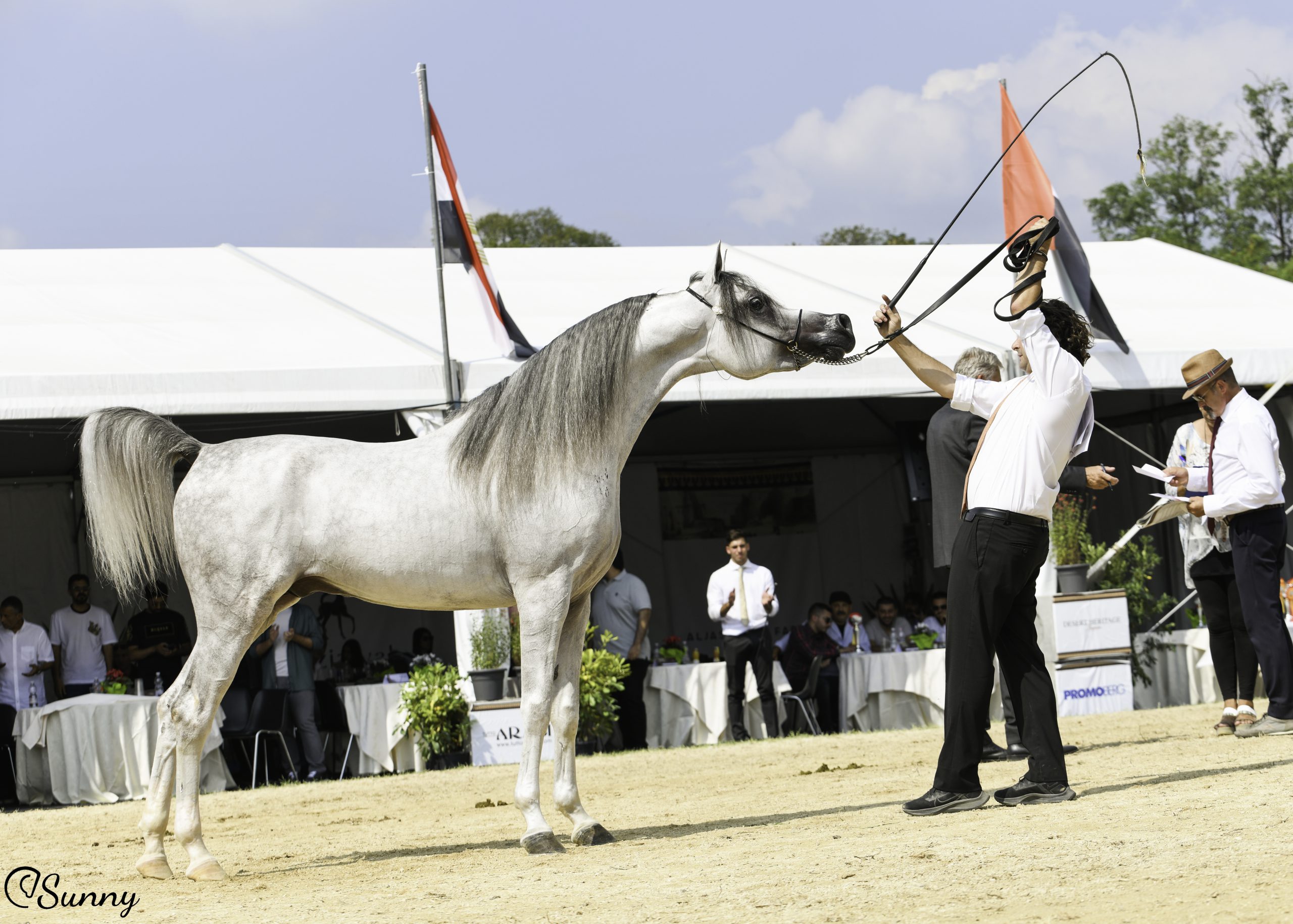